Ellarie is a youtuber /beauty guru. I’ve been following Ellarie for years and decided to support her and bought  her collection after seeing her video; biggest selling point was she came up with the colors and picked colors that would look good on lighter complexions an darker complexions. Ellarie released her second collab with colour pop called EllarieXColourpop. She released the collab on February 28th, I ordered on March 1st , I received and reviewed on March 12th. I didn’t intend on writing a blog post but after the first impressions review video I decided I might as well write the blog, so here it is!

The collection is a mix of 4 liquid lipsticks and 2 glosses.
Glosses
Steelo
Netta 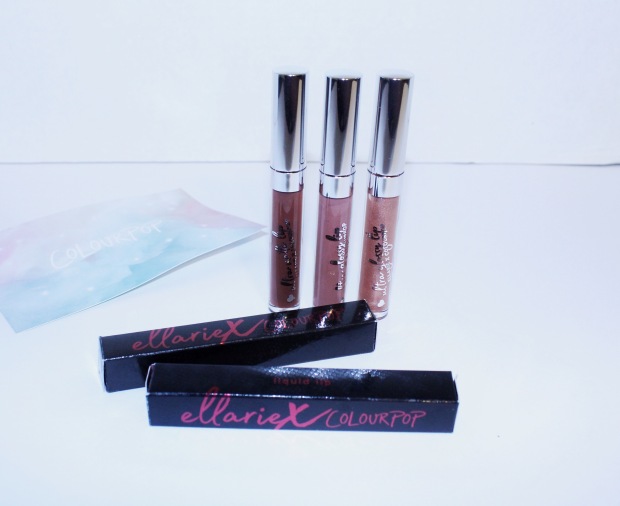 Let’s start off with price, pretty affordable, only costs $6.50 for the lipsticks and $5 for the glosses! This is pretty comparable to the NYX brand liquid lipsticks that come in at $6.50 – $7.50.

Next is the Packaging, it comes in a black box with lace detail and red writing…You can see more into this and further explanation on the collection and naming by checking out Ellarie’s video on youtube that I’ll link here.

I reviewed the entire collection in a video which you can click here to watch. Or read on for the short version.

The most important part: The color, the wear, the feel, IS THE HYPE REAL?? I like the way the lipsticks feel when applied, and the coverage is really good and it doesn’t take a lot. The ultra matte’s are definitely non-transferable, and will stay on until you want them off, so that’s a plus! You definitely want to apply some type of moisturizer before applying the ultra matte’s because they do get VERY dry! I don’t think I’ve seen anyone my complexion wear the lighter shades straight without mixing. Which my first instinct was to line my lips with a darker shade before trying Netta, because from experience those colors never look good on me, and lining completely changes the color. That’s when I decided to try it straight to see what it looks like and that’s where the disappointment came from.

So what’s the verdict? Is it worth the hype? The decision is mixed!

I understand that any lipstick is wearable on any skin tone if you use a liner or work it, but if you’re a low maintenance makeup person who doesn’t do makeup regularly I don’t think you should have to do all that! Especially if you’re a deeper shade like me, then there’s truly only 1 shade that I love and really works well and that’s ‘Sessy’. The other ones require using another lip liner and extra work, that’s too much for me.

So for darker skin tones, who don’t regularly wear makeup you might want to skip out on this …It’s a nope for me
For the lighter skin tones… go ahead and give it a try! It’s definitely affordable and well pigmented.

The original Ellarie lipstick and liner though, AMAZING COLOR, no complaints!

But as always the decision is yours.

Until next time guys….

Black Panther has been out for 3 weeks now. If you haven’t seen the movie I would suggest you go see it and here’s why:

This movie is just literally before everything a GREAT MOVIE, period point blank! The plot, the acting, costumes, chemistry, it’s all on point! I’m not really into the marvel, comic book, super hero things, BUT after seeing Black Panther I am going to go and watch all the avengers movies just because this one was just that good and I want to see what happened before it.

Now besides the fact that it is just an all around amazing movie here are a few key themes that stuck out to me that I’m going to present to you, to entice you to see the movie if you haven’t done so already, ready? That’s Culture, Showcasing/Respect women, and Loyalty!

The amount of African cultural details that they had in the movie was on point! They have a scene of T’challa becoming king, and for that ceremony, the whole village comes out to watch, which is a thing that happens in many African cultures and cultures of African diaspora where the village will come out to support and watch events and ceremonies such as weddings for instance. The different looks of the different tribes definitely paid homage to the different African countries/regions and their unique looks. I applaud the creative directors and costume staff that came up with the look for this movie, for the most part you got it right and did a good job of representing most parts of Africa! 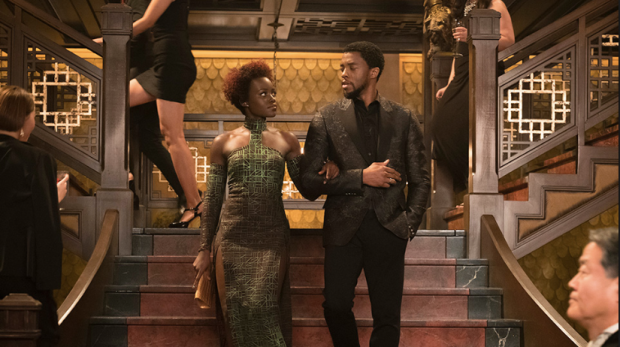 When it comes to the relationships, I respect how this movie is really putting women first! T’challa took the steps to make sure his mom was safe and protected in a time he knew that it was not safe in Wakanda! They have Shuri (a woman) creating and improving the technology they are using, (so hello society time to make room for girls in the STEM field)! They have an all woman army protecting the king and the women fighting side by side with the men and holding their own! This shift in gender roles isn’t the case in the majority of the world that I hope transpires in daily life after people have seen this. 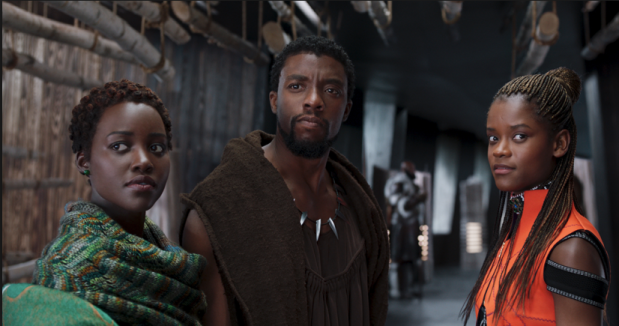 Finally if you don’t watch for any other reason, you definitely need to watch for the mere fact that they go through dealing with loyalty and being unified. These days, in this world there’s so much focus on ourselves and not enough focus on who we are as a whole (race, a nation, a people). Where many people would definitely turn their backs on their people, or those who’ve been there for them since day one, just for what they would think would be a better opportunity for them; the movie showed us even though you have the 2 or 3 that turn their back on you and what you’ve built together, there are always the 10 or 20 that will ride for you and what’s right. The depiction of unity and collaboration is definitely something I would really appreciate seeing us implement in our daily lives.

In short, was Black Panther worth the hype? YES! DEFINITELY! #WAKANDAFOREVER

We’re practically half way through February of the year and it’s proving to be a little difficult to keep up with these resolutions, well for me at least. Can you relate?

Is it just me or does it seem like there’s just not enough time in a day (or even the week) to get through everything that you need to do to be able to live your best life?

I actually have been struggling with this for a while and it seems much more difficult now that I’m making a conscious effort to make a change.

All I want to do is eat healthy, exercise, make money, have a social life and still have time to SLEEP!

Meal Prepping: It cut’s the time in the week that I have to spend cooking.
Pros: Healthy meals ready to eat, save time during the week, save money on buying food
Cons (or things I need to get over): I have a hard time eating the same meal over and over again, I spent a whole Sunday meal prepping. 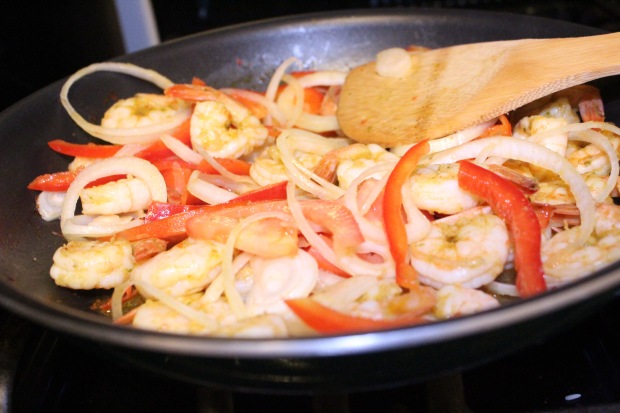 Solution: I’m working on finding several meals that use similar ingredients so I have varying meals but it’s still easy to create and doesn’t cost more money preparing/shopping.

Exercise: The obvious get healthy this year goal.
Pros: Obviously I’m working towards my summer body, and relieve stress….yeah yeah it’s healthy, not my number 1 motivator.
Cons (or things I need to get over): Actually making it to the gym is the hardest part, when and if I get there I’m alright. 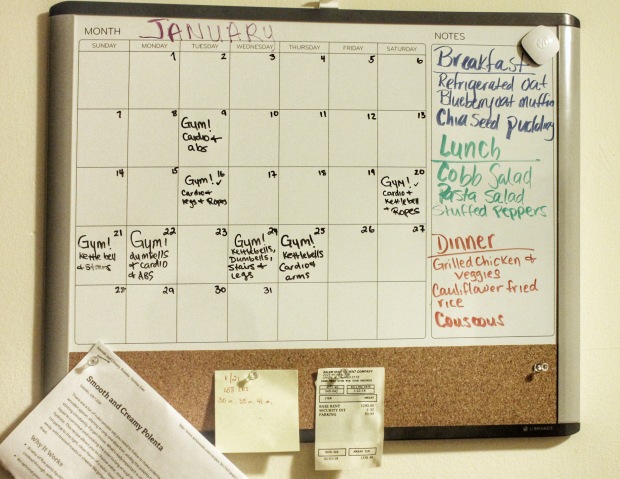 Solution: I take my gym clothes to work with me and head to the gym before coming home. I’ve also implemented using a board to track how often I’ve been to the gym, seeing empty spaces gives me a little kick to go to the gym.

As far as keeping a social I plan biweekly outing with my friends, date nights with the husband or even just setting time apart to take my self out.

Now sleep is still hard to come by. I usually aim to sleep by 10pm, (I need to be up by 6 for work in the morning), but some nights because of work and life I’m up until 12. When I find a solution around this I’ll let you know.

This is going to be a quick post today! With Christmas  11 Days away I’m giving you a list of 10 items that are sure to be a hit with the blogger/youtuber/photographer/creative person in your life. This list even works if people are asking you for a Christmas list and you don’t know what you want. These are pretty inexpensive with one BIG TICKET item at the end.

Hope this helps some of you out!

So my friend and I decided that we wanted to learn to do makeup like the pros.

We have different levels of makeup experience, so we wanted to put the videos to the test and see how easy it really was to follow the videos. I occasionally wear makeup but that just consists of foundation and mascara while TheeMlle on the other hand wears no makeup!

I’ve tried to do my makeup for special occasions but I’ve yet to master the art , but on a regular day to day basis I’m always bare faced!

We decided to do a full face of makeup while watching Ellarie’s do’s and don’t of makeup video.  If you’re interested in seeing how we did the check out the video here it’s absolutely HILARIOUS! We used a variety of makeup from NYX, Maybeline and Covergirl!

But here are the final looks! 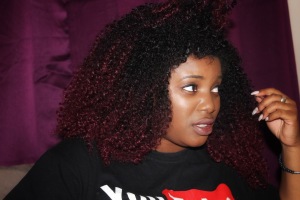 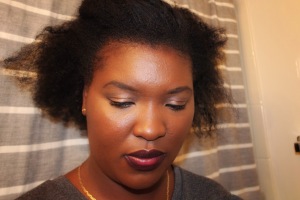 Let me know what you think!

Until next time guys…..

Sandia is an up and coming blogger in the NJ/NY area. Although she has a bachelors in economics and a career in corporate America, she has such a wide array of interest  which clearly shows in her writing and content that she creates. Her main focus is providing life tips from wedding planning and finance as well as product reviews focusing on promoted products on social media to see how well they really work!.

Follow and grow with her and see where life brings her next!